Cromarty Courthouse Museum holds 2 exhbitions a year; one from April to July, the other from July to October.  The second 2019 exhibition is:

Cinema at the Courthouse!

An exhibition celebrating film-going in Cromarty and the Highlands 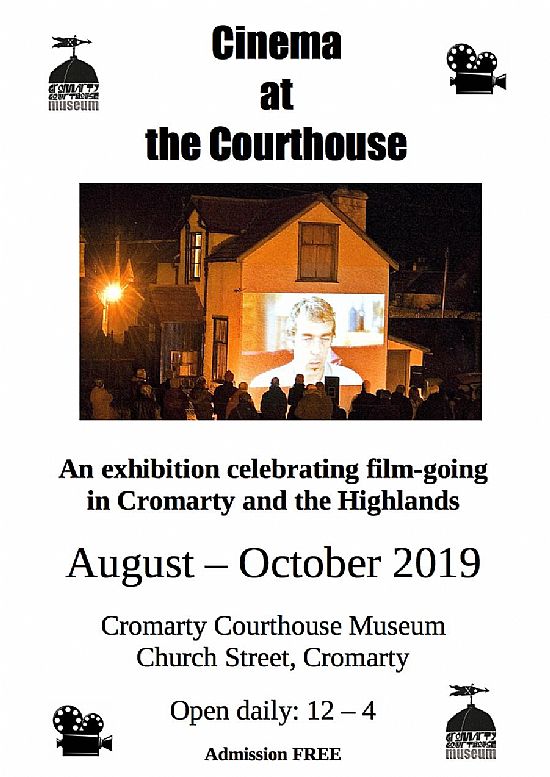 This month sees the cinema come to the Courthouse – or, rather, the story of cinema in the Highlands and in Cromarty.

From the early days of the ‘Silver Screen’ to Cromarty’s own Film Festival, the people of the Highlands, like people everywhere, have laughed at, cried at, been inspired by and terrified by the worlds revealed through film.

In the decades since the late 1800s, people have gathered for the Magic Lantern Show . . .  the pictures . . .  the movies.  Even today, with all the home entertainment choices we have, there is still something satisfying about the shared experience of watching a film in the company of others.  As satisfying and magical as it must have been for our ancestors, sitting around the welcoming firelight and imagining the events of the tales told by the storyteller.

The exhibition includes reminiscences of film-going in Cromarty and also looks to the future and the much anticipated opening of our very own thirty-seater cinema, early next year.